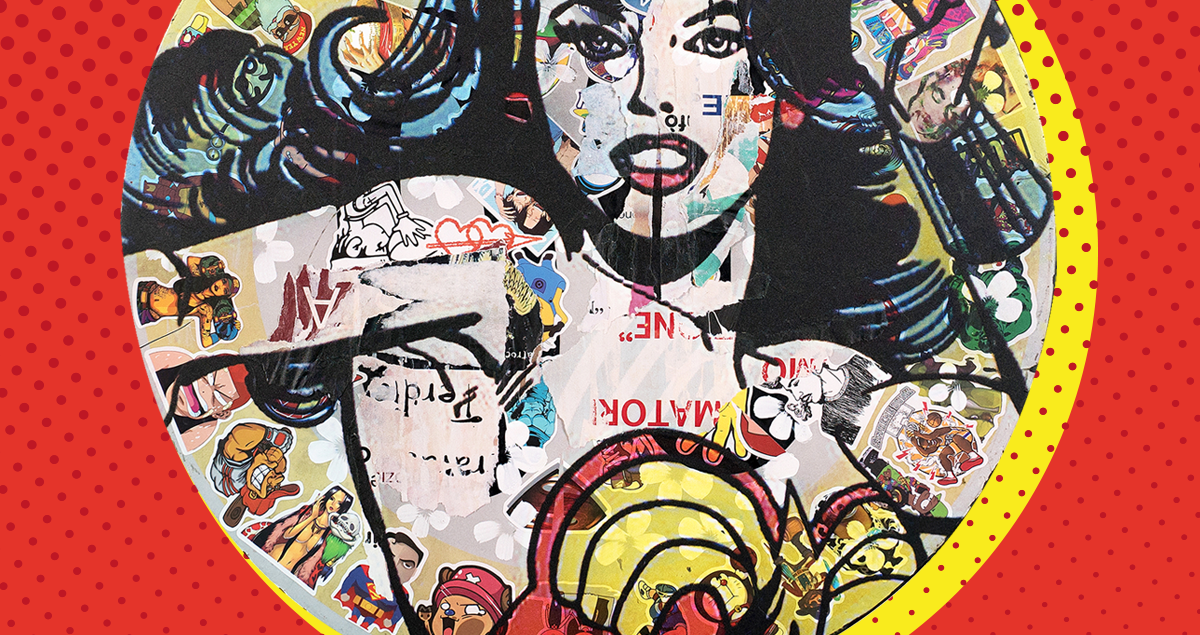 Some time ago I read an article by Martinelli that said “It is not surprising that, especially among the younger generations there is a renewed interest in fantastic literature: while in the modern era it has gained space with difficulty and has received little consideration and so much aversion – both academic and critical – it magically continues to be the bearer of a fragment of what since the beginning of human history has always represented the true and the sacred, that is, myth.”

Andrea Chisesi is well aware of this and his collections like Matremand Street Homerepresent the myth and the Greek hero contaminated by modernity and street. In fact, they recall myths and characters from past eras who find their place in contemporary civilization.

Stories of heroes and heroines, of journeys to distant and unknown lands, descents to the hell and legendary ascents, are invested with a symbolism and a value that go beyond the simple act of literary creation, so much to appear to the reader not likely, but real.

Man’s time in the center of the universe has changed; now the new technology invades what for centuries has been man’s primary goal: to dominate the entire known universe. Superheroes  success and their stories are the most true and real we can perceive in our hearts, because they arise from the need to fill a void of meaning and, through images that in our eyes turn out to be clarifying, become a real privileged form of knowledge of the world.

Joseph Campbell states that “when a myth is alive, it offers current models”. Never before in this age the myth lives and is reinterpreted by the artists, who find in these fantastic characters the examples to follow, the way to go to let the good triumph.

The myth is not a well packaged lie but something vital and present, which is still relevant to our life and which, if carefully listened to, suggests to man how to find his place in this world and live a satisfying and happy life.

Aware of his saving function within society, the modern hero is also a hope’s child. On the other hand, however, the heroes are not immune to feelings and pains and that is why (actually) we identify ourselves so deeply in them: they are subject to our own needs and emotions, they eat and breathe, they live love and they feel the pain of loss, they are forced to make important decisions and sometimes they make mistakes too.

The protagonist of this era is not only the good superhero who always wins over evil: the defeat, the devastation and the revenge that changed the face of our world by the hands of Thanos, suggest the flip side, just to name one.

We can say that the role of the superhero is therefore to act as a mirror for our ownself. Their adventures represent the difficulties we face everyday in life and the qualities we display in order to overcome them: sense of justice, hope, courage, tolerance, wisdom, perseverance, love, not excluding the feelings of hatred and revenge.

Chisesi, aware of the power of images in a global world that has swept away heroes and demons to make room for money and power, outlines a collection about fantasy world icons grafted onto city street signs, like warnings, warnings of a regulation of the road on the behavior to follow, which does not belong to false myths, but to the true contemporary hero no longer irreproachable and splitted between justice and revenge. Aware of representing a symbol for many, his face is hidden by a mask, in order to  identify in each of them our myth, our daily hero; whether it’s a firefighter, a policeman or just a neighbor, it doesn’t matter, the energy of his gesture is the source of our hearts.

Street-heroes is a collection that comes from the street, from its experience. Although road signs are present all over the world, ours, with their shapes and colors, are part of our territory and identify us and distinguish us from the rest of the world, such as pizza or pasta.

First it was the old beloved Italian coin’s turn, the LIRA, in My Money, a collection of artworks portraying the greats of Italy through portraits of the characters of the old coin banknotes.

Today, Andrea Chisesi no longer uses only torn ads posters from cities, but their old road signs. The road sign is the way in which the citizen is made aware of something that has already been decided and is irrevocable until further notice.

According to current regulations, the old road signs, owned by the Ministry of Transport, must be replaced with new ones, bringing the new provision to the attention.

As a country good, disposal is not easy. In Italy there are for each city deposits of material of various kinds that do not find a new location, both for disposal and for disassembly; in fact the various pieces, before being disposed of, should be dismantled and divided into parts.

As in the case of the old lira banknotes, which cannot be disposed of arbitrarily, but must still be delivered to the Bank of Italy, even the old road signs must be delivered and cataloged.

The artist through a long course of authorizations and permits decides to redevelop one of the symbols of our streets and reinvent them.

In the semantics of his works is exactly this new extraordinary collection.

Street-heroescontains the language of the road, of its signs, which in a union between nature and man find their natural deterioration, so dear to the artist that for many years has represented the incapacity of man to dominate time.

Through myths and heroes this deterioration is enhanced, recalling the hope that man places in the absolute value of courage for a better future.

When asked “why superheroes in road signs?” Chisesi replies “because the road needs heroes!”